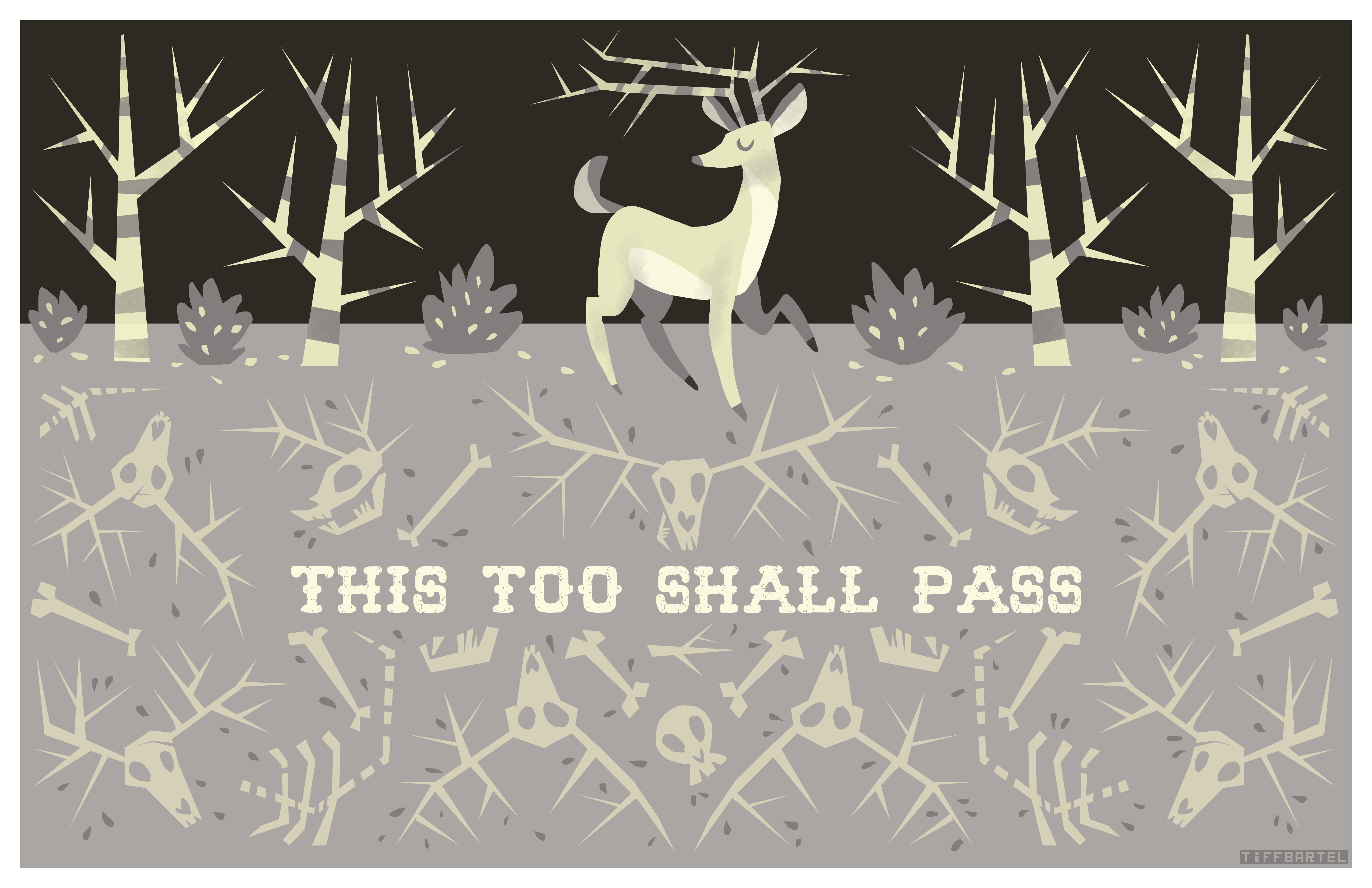 This Too Shall Pass

“This too shall pass” (Persian: این نیز بگذرد‎‎, pronunciation:īn nīz bogzarad, Arabic: لا شيء يدوم‎ (“Nothing endures”), Hebrew: גם זה יעבור‎ (“Gam Zeh Yaavor”), Turkish: Bu da geçer yâ hû, Latin: hoc quoque finiet) is an adage indicating that all material conditions, positive or negative, are temporary. The phrase seems to have originated in the writings of the medieval Persian Sufi poets, and is often attached to a fable of a great king who is humbled by the simple words. Some versions of the fable, beginning with that of Attar of Nishapur, add the detail that the phrase is inscribed on a ring, which has the ability to make the happy man sad and the sad man happy. The adage and associated fable were popular in the first half of the 19th century, appearing in a collection of tales by the English poet Edward Fitzgerald and being employed in a speech by Abraham Lincoln before he became president.

Assignment was to create an 11×17″ poster with a message, then place it in an environment that supported said message. This poster was printed and placed in an alleyway littered with trash, where most posters eventually go to die; for the most part, they’re an ephemeral thing, and that’s okay.